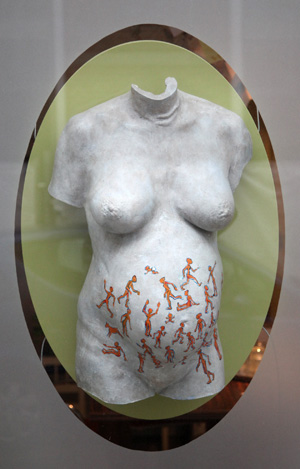 Midwifery care in The Netherlands

In the Netherlands, maternity care is organised in a so called primary, secondary and tertiary care model. The primary care is provided by midwives and is intended for healthy women with an uncomplicated pregnancy. The secondary care is provided by obstetricians and clinical midwives in general hospitals and the tertiary care is provided by obstetricians and clinical midwives in academic hospitals. This type of care is intended for women with a complicated pregnancy. The care is based on the idea that a healthy woman with an uncomplicated pregnancy is best taken care of by a midwife. This minimises her chances of receiving unnecessary interventions of any kind, gives her a high standard of care and is cost-effective. A woman is accompanied in her pregnancy, birth and postnatal period by a midwife who is autonomous in her actions and decisions. Emphasis is placed on natural processes, with interventions only occurring when a problem arises. In this case, the midwife will consult or refer to an obstetrician. Risk selection, a clear distribution of tasks and a good mutual cooperation between these different strata forms the strength of the Dutch system. read more

In the pregnancy you can be referred to the obstetrician or clinical midwife if there is a higher risk of complications. Most common reasons for referral in the pregnancy are high blood pressure, feeling less movements of the baby, blood loss or different kinds of pain in the abdomen.

Most primary care midwives work in group practices, like De Bakermat. In total 96% of the women get some care of the primary midwife during pregnancy, labour or in the postpartum period. Midwifery practices have a specified working area to guard timely care. We offer prenatal consults during the week and have a midwife on call 24/7. A shift normally last 24 hours (or sometimes 48 hours). During this shift, a midwife combines both postnatal visits at home and natal care, at home or in the hospital. If she cannot visit a client in labour because she is assisting another client, she will call a colleague from her own or a neighbouring practice to attend to her client.

Choice for home or hospital birth

Low-risk women are able to choose whether to give birth at home or in the hospital. This free choice of place of birth is quite unique in the (Western) world and is an important pillar of the Dutch maternity system. If a woman decides to give birth at home, her primary care midwife will attend the birth, assisted by a maternity assistant (kraamzorg). The insurance company provides a maternity box, which contains bed protectors, maternity pads, gauze and sterilizing alcohol amongst other necessities. The midwife brings her own equipment for the birth, including medications, different medical instruments and a neonatal resuscitation set with oxygen. If complications arise, the midwife will refer to an obstetrician or paediatrician. Every hospital in the Netherlands accepts these referrals from primary care midwives. Most of the time, if a complication arises the midwife and the woman and partner can go to the hospital with their own transport. In high risk situations, midwives use ambulances for transport. Because of the good infrastructure, the median arrival time of an ambulance is ten minutes (Gezondheidsraad, 2011). The most common reason to refer a woman during birth is medicinal pain relief and/or slow progress of the first stage (16,3% of all referrals), followed by meconium stained liquor (8.8%) and prelabour rupture of membranes without contractions for more than 24 hours (4.1%) (Perined Insight LVR 1 2015). Of all referrals 1,9% is urgent.

If a low-risk woman chooses to give birth in the hospital she has to pay a contribution of about €300-400. Some health insurances cover this expense. Her birth will be attended by the primary care midwife who provided antenatal care and also attends home births. The midwife is assisted by a maternity assistant (kraamzorg). Usually, women with an uncomplicated birth leave the hospital in 2 to 4 hours after birth. Women who have an increased obstetrical risk give birth in a hospital, without extra costs to themselves. A secondary or tertiary care professional will attend them during birth. This is either a clinical midwife, a general doctor or an obstetrician in training, who will call an obstetrician if complications arise.

More information is provided by the KNOV.